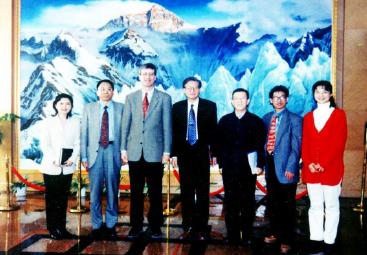 Wuhan Institute of Virology (WIV), Chinese Academy of Sciences, Wageningen University in the Netherlands (VIRO), and the University of Montpellier in France (DRIM), are internationally recognized research institutions working on the molecular virology of baculoviruses, aquatic invertebrate viruses and recombinant insecticide. As a consequence of an agreement between these three Institutions, the Joint Laboratory of Invertebrate Virology (JLIV) of WIV, was officially founded on October 16, 1998.

Eleven internationally recognized scientists were invited to join, and were subsequently appointed to, the advisory board of JLIV. The Laboratory welcomes all scientists working on invertebrate virology and provides grants under a peer reviewed application process.

Since then, the laboratory has built a collaborative and creative research process with a research exchange program and the co-supervision of PhD students, and has published many peer reviewed articles in Chinese and international journals. The laboratory has also been awarded funding for 15 projects including awards from the International Outstanding Young Scientist Foundation. One of the labs most important achievements has been the sequencing and annotation of the complete genome of HaSNPY, a very important baculovirus involved in cotton boll-worm control, and the subsequent generation of a series of recombinant forms of HaSNPY with improved insecticidal properties. These achievements will play an important role in developing future bio-control insecticides for persistent agriculture.

Center established five sub-centers. They are Divison of Biodiversity and Conservation, Division of Water Resources Management, Division of Geographic Science and Remote Sensing, Division of Microbiology and Epidemic Disease Control, and Division of Modern Agriculture Demonstration.The Center will make every effort to solve the major practical problems such as food shortage, environmental pollution and epidemics that African countries face in economic and social development and enhance the scientific and technological level and talents-building ability of African countries in related fields.
WIV plays a key role in the ongoing construction of the CAS-African Research Center in Nairobi. WIV is in charge of setting up the Division of Microbiology and Epidemic Disease Control, which will specialize in pathogen detection, epidemiology of infectious diseases, and prevention and control of infectious diseases.